2011 was our rookie year. We were spun off of Team 342 "The Burning Magnetos". We had a lot to do last year: Form a team, recruit students, pick a team name, design a logo, and enter in the Autodesk Design Excellence 3D animation contest. All that plus design and build a robot and enter in the Palmetto Regional Competition. Our robot didn't do too well at Palmetto, but we had fun, learned a lot and won the Rookie Inspiration Award. 7 months later, using our same robot but with a little more driver experience, we did much better at the "SCRIW" pre-season scrimmage in Columbia SC.

At the March 25, 2011 Palmetto Regional awards ceremony we were given the Rookie Inspiration Award, which "celebrates a rookie team for outstanding effort as a FIRST team in community outreach and recruiting students to engineering." 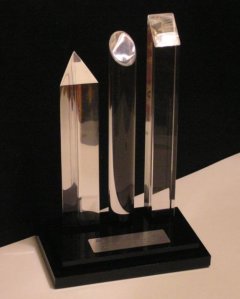 "Outstanding...Neal Bascomb has penned an indelible portrait of a team on a mission that may ultimately be reckoned one of the defining books of the decade."          —Dean Kamen, Founder of FIRST